Aspiring To Be James Manning

Imagine a hard-working young man who loves his job and never wants to retire. Takes pride in living independently on his own. Inspires students at Aspire’s Career Academy. Makes time to hang out with his friends. Reinforces Aspire’s vision and gives back to the organization that gave so much to him.

That’s how people describe James Manning, an Aspire participant for almost three decades. It’s also why James was named as the official honoree of this year‘s First Taste of Summer event.

“James personifies our vision of creating a community where people of all abilities can live, learn and grow together,” said Margie Chaloupka, Associate Director of Aspire’s Career Academy, who’s known him for more than 14 years.

James’ path to independence began in November 1990 when he became involved in Aspire’s Living program so that he could eventually move into his own apartment. He did the work needed to achieve his goal, and has lived on his own ever since.

“Most recently, we helped him hone his budgeting and meal planning skills so that he pays his bills on time and eats more nutritiously,” said Aspire Life Consultant Deanna Ellis, who’s worked with James on an intermittent basis for the past four years. “He’s now handling these tasks completely by himself,” she added.

A key milestone on James’ path to independence was finding a job that he loves – a fulltime dishwashing position at Antico Posto®, a cozy Italian café and wine bar in the Oakbrook Center shopping mall. It’s a great fit; as part of Lettuce Entertain You Enterprises, the restaurant proactively cultivates a culture of inclusion in its workforce.

James has been happily employed at Antico Posto for the last two-and-a-half years. “They think he’s fabulous,” said Margie.

They also treat him as family, including James in team meetings and helping him learn how to prepare healthy meals. “James loves his job,” said Deanna. “He’s doing so well that it’s easy to forget he has a disability.”

Even with his busy work life, James makes time to come back to Aspire’s Career Academy every Thursday. Once a student, James now serves as a mentor, sharing his first-hand experiences on the skills he needed to learn and cheering on others to do the same. “It’s great for other students to hear from someone in the field,” said Margie.

“They aspire to be James,” said Deanna. “They like that he has an apartment and goes out to see friends.”

“James makes it seem easy,” added Deanna. “What they don’t know is that he really works at it.” 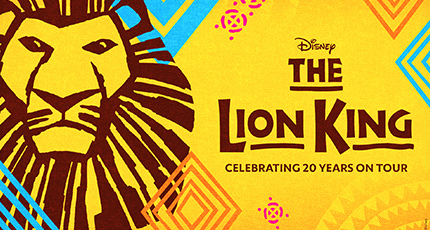 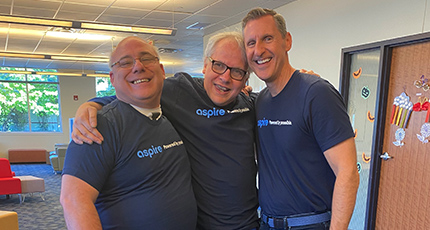